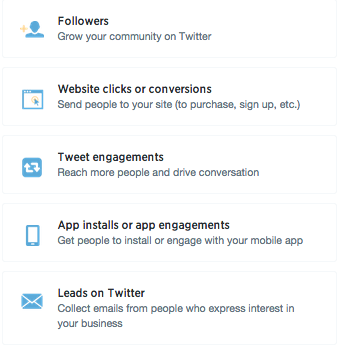 Last month, Twitter rolled out Twitter advertising for small and medium businesses in Australia. Prior to its release in Australia, businesses had to spend a minimum of $15K if they wanted to advertise on Twitter making it difficult to SMBs to use the power of advertising.

33% of Twitter’s revenue comes from businesses outside the U.S. This may explain why Twitter chose to adopt a strategy to expand its reach and target more markets, including small and medium enterprises to create new revenue streams for itself.

Interestingly, a recent study by Twitter reveals that 70% of Australian Twitter users claim to have positive sentiments about a brand after discovering them on Twitter, out of which, 62% also state that they made purchases from an SMB owing to its Twitter influence.

Therefore, it's a win-win situation for both, the platform and the brands that advertise on it.

The good news for you as an SMB based in Australia is that you can now use Twitter ads to geographically target users within the country, with no minimum limit on your ad spends. Furthermore, you can also limit the targeting by state if your business demands it.

Test the different goals set up by Twitter to meet your goals more accurately. Twitter lets you choose between the following objectives while setting up your campaign. 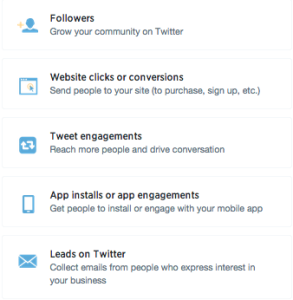 As a small or medium-sized business, you could select an objective that helps you drive online sales . For instance, if you wish to drive traffic to your website, Twitter lets you set up different conversion goals like registrations, checkouts or sales (and use custom Twitter pixels) to measure ad performance against each of these goals. Or you could even choose to get leads directly on Twitter just as someone sees your sponsored tweet. This kind of flexibility allows your advertising efforts to tie in with business objectives like never before, letting you measure each step until your final sale.

We're still waiting to see if Twitter's location targeting gets as specific as Facebook or LinkedIn letting us reach users by city or even deeper. However, you can currently capitalize on other targeting options like followers, interests or keywords in combination to location targeting for optimal effectiveness. Test different variations and you'll get an idea of what works best for you.

To stay up-to-date on digital media trends and advertising tips for small and medium businesses follow us on Twitter @swoopdigital.