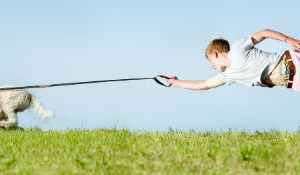 Does Search With Display Select WorK?

Ever been brave enough to try Google AdWords Search and Display Select?

The rationale being that:

To test this, a client decided to "save costs" and manage their own AdWords campaign.

The theory being that they could use the money saved from AdWords management and put "the savings" into the campaign so they could generate more leads (yes they used Display Select - more on that later).

We duly increased their spend and ceased management of the campaign.

Fortunately, the client decided to run the current campaign as it was for a while.

It was running well.

Cost per click was higher, but the number and quality of leads had improved significantly and the overall cost to acquire a lead decreased.

The only blip in the campaign was over the Christmas, Easter and School Holiday periods - a trend not uncommon for this type of industry.

Things were fine until the client made changes to their account in late May and early June.  Ad spend remained consistent over the same time-frame.

Overall the cost per click decreased by a massive 68% and they got a lot more clicks.

Not when you consider that conversions tanked in the first two weeks.

Conversions did increase in week 3.  However, the issue is that their number of leads dropped 30.4% and the cost to acquire a lead increased by 35%.

So while the client reduced their cost per click, they spent more money on advertising to get less leads.

By using the Search and Display Select combination, it cost them a massive $476.76 per lead  on the Display network when it had previously had an average cost per lead of $48.40 not using Display Select.

Had they continued professional management, the client would have gotten more leads at a lower cost even if they factored in our management fee (not to mention the cost of their time in redoing the campaign).

It's why we recommend using a dedicated specialist in AdWords like ourselves to manage your campaign.

Things can easily go pear shaped if you don't know what you are doing or how to interpret the data correctly.

So lets look at what they could have done better.

So there you have it. Trying to save money on AdWords management and putting extra money into your advertising campaign doesn't always pay off.

Download this report and receive insider secrets on how to avoid these common mistakes and improve your Google ads campaigns.

Avoid these common mistakes and improve the performance of your Google Ads campaigns.