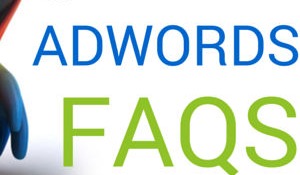 AdWords: What if my competitor clicks on my ads?

Last week, I spoke about Google AdWords at a Mortgage Broker workshop when I got asked if Google could tell if someone from the same IP address was clicking on his ads.

You could have heard a pin drop!

Naturally the guy was worried that someone might repeatedly click on his ad which would result in wasted adspend and budget.

It's not a new question and it's one I hear often.

At $25 click for a mortgage broker, having a competitor repeatedly click on his ad could wind up being pretty expensive.

Apart from the fact that you can control costs by limiting your daily budget, the good news is that Google is incredibly good at filtering this type of activity out.

Here is Google's stance on the matter. It's serious!

"Each click on an AdWords ad is examined by our system, and Google has sophisticated systems to identify invalid clicks and impressions and remove them from your account data."

If Google systems determine that you have been the victim of invalid clicks, it credits the cost of those invalid clicks back into your account."

Google don't disclose exactly how their systems pick up invalid clicks but I am willing to bet that repeated clicks from the same IP address may be one of the the many filters.

Although there are some reasons why the same IP address might click on an ad multiple times and Google explain this here.

According to Google, examples of invalid clicks include:

How do you know if you have had any invalid clicks?

In the campaigns tab, you can look to see if indeed you have had any invalid clicks. 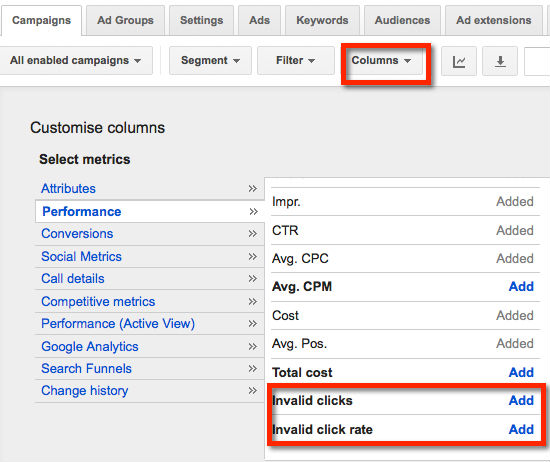 Meanwhile, Google's system have been detecting the issue and proactively reimbursing our client for cost of the invalid clicks.

How can I stop my competitors from seeing my ads

If you know your competitors IP address, you can block them from seeing your ad by excluding their IP address in your campaign settings.

Your challenge though, is in identifying your competitors IP address.

It's not something I personally bother with for our own Swoop Digital AdWords campaigns.

It's also not a concern for the vast majority of our clients who get great results from AdWords. In the overall scheme of things, one click from a competitor is neither here nor there. While I don't like the thought of it, it's pretty difficult to control the actions of others.

This is normal search behaviour.  Repeated constant clicks are not normal. Fortunately Google can identify them.

Want an experienced opinion on your AdWords Campaigns?

Why not contact us? We are Google AdWords Partners, and have helped many businesses improve their campaigns.

Download this report and receive insider secrets on how to avoid these common mistakes and improve your Google ads campaigns.

Avoid these common mistakes and improve the performance of your Google Ads campaigns.