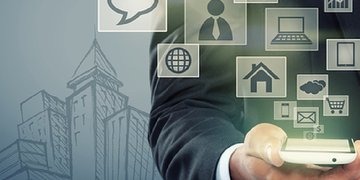 One of the big trends predicted in 2012 was that Mobile Internet will be big. So is mobile internet there yet?

With over 52% of Australians owning smart phones and over 94% researching products and services on mobile devices, that's a statistic most businesses can't afford to ignore.

The numbers are only going to get higher.

Below are some interesting mobile marketing trends and what they mean for your business. 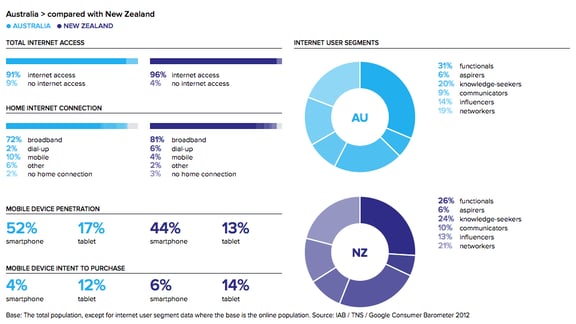 Smartphone Usage: Nearly 60% of smartphone users access the Internet everyday on their smart phone and 74% don't leave home without it.

A massive 94% of smart hone users have researched a product or service on their phone and only 59% only look at the first page of results when searching on their smartphones.

Smartphones are used while doing other activities like watching tv, using Internet, listening to music, watching films and even playing games.

With such damning statistics, there is no question that smart phones are becoming important in peoples lives. In fact,  23% would rather give up tv than not have their smart phone.

Mobile internet usage is quite high with 51% searching on their smart phones every day and it is projected that mobile internet use will have far surpassed desktop internet access (Morgan Stanley).

Businesses need to make mobile a central part of their strategy in order to connect to the now constantly connected consumer.

Having a website that is responsive to mobile devices and that is optimised for mobile is critical - particularly as smartphone penetration & mobile internet usage increase. Your mobile optimised website should also include clickable phone numbers to make it easy for customers to connect with you.

Extending advertising to include mobile and developing integrated campaigns with other media will help you engage with the constantly connected consumer.  Mobile ads can and should be a part of your integrated strategy as they are a quick way to get a 1st place listing and get noticed by your potential customers. Fortunately, Google Adwords makes it relatively easy to advertise on mobile devices.

Mobile commerce is coming and while many people are still reluctant to buy with a mobile device, it will be important. Not so long ago, people were reluctant to buy online but if you think about how often you buy things on line (ebay, amazon, e-commerce stores) it's definitely time for a rethink.