Digital Marketing Wrap Up: A look back at the landscape in 2018 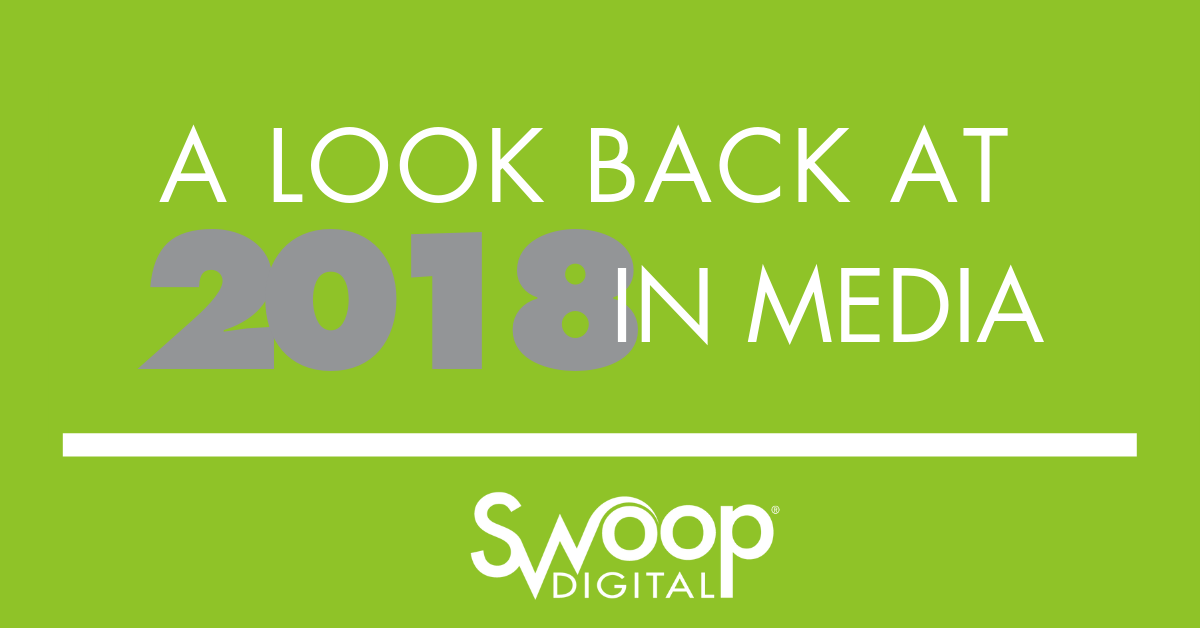 What a year we’ve had in the digital space!

2018 has proved to be a year of development and has set the scene to be able to catapult and solidify future ideas, concepts and trends into 2019.

So, let’s look back at the year we’ve had:

The implementation of YouTube’s monetisation changes in February rocked the YouTube world.

This affected small creators the most with the rollout of “changing the eligibility requirement for monetization to 4,000 hours of watch time within the past 12 months and 1,000 subscribers.”

In April, the whole world sees Mark Zuckerberg standing in court regarding the Cambridge Analytica scandal.

We are already seeing a slight shift but it will be interesting to see how this may affect user behaviour in the future.

Instagram verification badges were able to be applied for in July onward. This further changed the way people interact on the platform as it empowers smaller celebrities and exposed fake profiles.

August brought around IBM using Watson AI. Which is their Artificial Intelligence engine to predict disease and most effective healthcare treatments.

This development exhibits giant leaps in AI and highlights the possibility of AI for all of society.

Google announced the sunset of Google+. This allowed an interesting insight into social media platforms and how not to run them.

Facebook Continues to Feel the Heat Over Data Scandal

Following on from the previous data scandal in April, Facebook is still being accused of striking secret deals over data in December 2018.

They continue to be accused of being tied up in between Cambridge Analytica harvesting data and Donald Trump using this data to advertise in the 2016 US election.

Tumblr announces their intentions to ban adult content on their platform. This proved a controversial topic the generation who grew up scrolling their dashboard.

Some credit the platform for helping build a progressive generation with increased foundations of body positivity.

At the conclusion of 2018, there are now 4 billion users on the internet worldwide. Throughout the year the internet has gained an extra 250 million new users.

These events, coupled amongst many others throughout 2018, have informed and influenced users, media (digital and traditional) and machines for years to come.

It is these news headlines, along with millions of micro-aggression and progressions, continue to build how we interact with social media, digital marketing and the internet as an ever-growing space.

Instagram reached 1 billion active users in early June and is estimated to make $10 billion in FY2018-2019.

It is attracting new users faster than its owner Facebook Inc. and is looking to have over 2 billion users by 2023.

With growth like that and feeling the shift throughout the year, it is becoming obvious that Instagram’s growth is superseding that of Facebook’s despite Facebook still being the #1 used social media site in 2018.

That is not to say Facebook isn’t still vastly successful- 79% of people online use Facebook (Pew Research Center, 2016) and more importantly, 74% of people say they use the platform for professional purposes. (Hubspot, 2017).

In 2018, podcasts became mainstream and truly accepted as a legitimate and strong source of information, news and conversation. 17% of marketers plan to add podcasting to their marketing efforts in the next 12 months (HubSpot, 2018).

Podcasts are the number one audio source by time of consumption among podcast listeners (Edison Research, 2018).

We are always at the forefront of digital media and news and take reports and statistics into mind when building your digital marketing plan, so get in touch with the team for this expertise at Swoop on 1300 858 839.